Schaefer’s has been a Chicagoland tradition since 1936 because of its incredible selection, competitive prices, unmatched expertise, and superlative customer service (for a short history of Schaefer’s, click here).

Schaefer’s isn’t just a place, nor just goods and services. The people make it unique. No other store is as old as we are, and no other store has such an experienced staff. Many on Schaefer’s team have been here for a decade or two. In a small retail business, that kind of longevity and loyalty is almost unparalleled. Is it the wine? Perhaps, but it’s also people who derive a great satisfaction from providing the unequaled service Schaefer’s offers its customers. 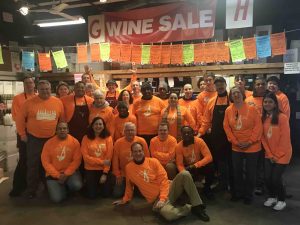 The tradition of family ownership remains with Schaefer’s. Bill Graham, the owner since 2009, is a Chicago North Shore native and a multi-generation Schaefer’s customer. 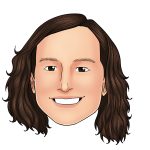 After so many years spent crunching numbers, she spent the fall of 1999 crunching Gewurztraminer grapes and learning the ins and outs of winemaking on an internship at Sonoma County’s Alexander Valley Vineyards. Anje enjoys skiing and traveling, but likes being in Chicago during the warm-weather months so she can take in as many Cubs games as possible. Anje, husband Nathan, daughters Betty, Heidi & Jenny, live a stone’s throw from Schaefer’s.

Mick’s our Beverage Director. He has responsibility for a full range of beverages, including a strong spirits background from his 25 years of experience. Mick served as the Beverage Director at Blanchard’s Red Lion in Boulder in the late 80’s. In the mid-90’s, he moved to Vail where he was surrounded by renowned chefs at such restaurants as Sweet Basil and Larkspur. It was also at this time that he earned his Sommelier Certificate. In early 2002, Mick moved to Chicago to assist leading operations at Smith and Wollensky Steak House. His passion is to travel the world, eat, drink, meet people and enjoy their stories. Mick’s recent wine travels include Tuscany, Piedmont, California’s Central Coast and Oregon’s “Pinot Camp,” Israel, and northern France.

Christened Daniel Patrick, I was the seventh and last child born to James and Virginia Madden in July 1959. I was raised in Wilmette and attended St. Joseph Catholic School and New Trier West High School, in Northfield (Class of 1977). Given all the time I had spent cruising with my buddies, when I was 16 and 17, I knew the streets of the North Shore like the back of my hand. So the delivery department job at Schaefer’s seemed tailor-made. Before long, I was promoted to delivery department manger. After several moving violations and minor traffic accidents, George Schaefer figured it was the quickest way to get me off the streets. Ultimately I became Schaefer’s events and party planner, a job I’ve been able to hold onto because it’s one that I truly enjoy. 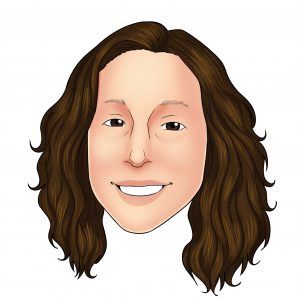 No one who visits our food department comes away without meeting Mary. She likes the fast pace and the camaraderie at Schaefer’s. Customers look to Mary for her ideas and her quick, no-nonsense solutions to their entertaining challenges. Need appetizers for 60 people in an hour? A picnic basket to impress a first date? A hostess gift for an impossible-to-please potential in-law? Let Mary her! She also has a talent for enabling customers to entertain with hassle-free confidence, providing do-it-yourself advice on everything from a wine-and-cheese tasting to helping decipher oddball recipes with hard-to-find ingredients. Mary enjoys cooking on her days off for her family, and spends spare time researching ingredients for special meals. But we all have passions outside our first love, and for Mary it’s fishing. Mary is also our authority on all things Iberian: foods, wines, culture and bullfighting.

Eli sees more parties and weddings in a week than most of us see in a lifetime. He’s the head of our delivery department, and he’s the one who makes sure all the libations for your event get there on time and in one piece. Eli might not be the employee who’s been here the longest, but he was the youngest to start. At age 15 he began as a warehouse worker during the 1993 Christmas season.Eli lives in Evanston and enjoys playing basketball and football with friends. We think he also writes poetry, but he won’t show anybody his stuff.

After college, Jackie moved from her small Indiana town to master the restaurant world. As General Manager, she learned to love fine wine and craft beer. But eight years later, Napa, California called her name to learn even more about the wine industry – and in a flash, she was on her way. While in Napa, she worked at one of the best wineries in the world – Joseph Phelps Vineyards. For the next two years she gained a great sense for both local California wines and wines from around the world. Before coming back to Chicago in 2013, Jackie learned to home brew from a colleague and immediately fell in love with it. Since then, she has brewed over 50 beers and continues to improve her process while assisting customers.

Jackie is a first generation city girl, born and raised on the north side of Chicago to parents who came from Guatemala in the 1960s. Jackie grew up surrounded by a family who loves to entertain and feed their guests – a house full of good cooks. Jackie sure knows how to throw a party! Jackie joined our Food Department in 2012. She immediately made an impact on our customers and staff. Jackie loves a challenge. She handles everything that comes at her energetically, efficiently and most of all cheerfully! Lucky for us, in addition to having extensive experience in all things cheese and charcuterie, Jackie is also one of our resident beer geeks. Stop in and chat about Jamon Iberico and the latest local brews.