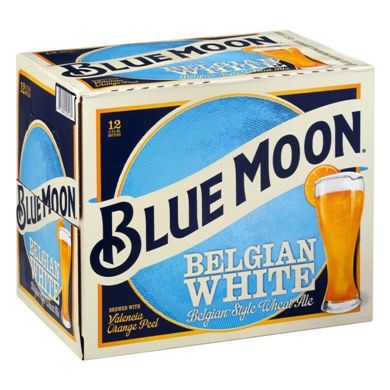 Add to Wish List Add to Compare
Email
Details
Blue Moon Belgian White is a Belgian-style witbier brewed by MillerCoors under the name the Blue Moon Brewing Co. It was launched in 1995, and was originally brewed in Golden, Colorado. The grain bill for Blue Moon includes malted barley, white wheat, orange peel, coriander and oats—and is usually served with a slice of orange, which accentuates the flavor of the brew. 5.4% ABV
More Information
Reviews
Write Your Own Review
Only registered users can write reviews. Please Sign in or create an account
Related Posts