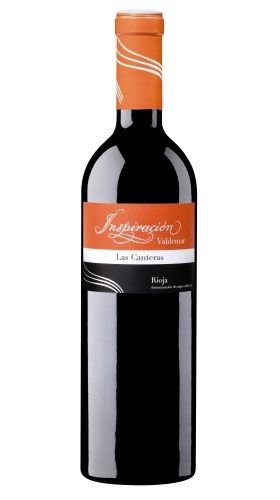 Add to Wish List Add to Compare
Email
Details
91pts from Wine Spectator and 87pts from Wine Enthusiast. Valdemar Family Vineyards started in 1889 when Joaquín Martínez Bujanda decided to branch out with his family and start their own vineyard. He was already making wines in his family's hometown of Oyón so it was a no brainer for him to get his own land. Marcelino (his son) and Jesús (his grandson) joined the family business and continued to grow the vineyard. Then Joaquín's great grandson (also named Jesús - the 4th generation) created Bodegas Valdemar in the 1980s. Currently, he is the president of the winery and, with his children Ana and Jesús (the 5th generation), they continue to innovate and grow the winery in both production and technology. Jesús (the 4th generation). is the winery's pioneer in crafting different, personal wines. He broke the mold by crafting emblematic wines such as the first barrel-fermented white and launching the first single varietal wines from Maturana or Tempranillo Blanco in the 1980s when no one else was doing this. Ana and Jesús have been trained in these methods and techniques so they can continue to train the next generations of Bujanda's moving forward. Bodegas Valdemar's nine vineyard sites currently consist of over 680 acres that fall within in the three sub-areas of the Rioja Denomination of Origin. They even established and own the first non-American winery, Valdemar Estates, in Wall Walla because Jesús (the 5th generation) attended the University of Washington and fell in love with the region!! A blend of 90% Tempranillo and 10% Graciano showcases fruit throughout. Dark red edged in purple hues leads into lively aromatics of black fruits, cassis, and toasty oak. The palate is lush with ripe mixed berries, black cherry, and nuances of minerality. Finishing long and sleek with persistent warm spices and ripe dark fruits. Clean and fresh this can be enjoyed on its own or paired with rich dishes such as hearty stews, roasts, and BBQ.
More Information
Reviews
Write Your Own Review
Only registered users can write reviews. Please Sign in or create an account
Related Posts